After Mr. Emmons departure, Terry Clark took over as Director of Bands and came to be in charge of the ECHS Music Program. He was joined by two new faculty members; Dick Gray from De Anza High School and Alan Close from Kennedy High School. Mr. Gray was in charge of the Concert Band and Choral Program, and Mr. Close took over the Jazz Ensemble, the Jazz Band (the program’s second level jazz group), and other music classes.

Due to the hard work of Mr. Emmons, Mr. Clark, Mr. Gray, and Mr. Close, the late 1970s were a time of tremendous growth and prosperity for program. The Jazz Ensemble under the direction of Mr. Close, and the Jazz Combo under the direction of Mr. Clark gained notoriety at the 1978 Chaffey College Jazz Festival. The Jazz Ensemble placed second in their division and the Jazz Combo placed first. The Jazz Combo also went on to take second place in the Monterey Jazz Festival High School Competition that year, once again behind Berkeley High School.

During the 1978–79 school year, the program reached its peek in terms of the number of students enrolled in music classes and the number of classes offered. At this time the program offered three levels of band (Symphonic Band, Concert Band I, Concert Band II), three levels of jazz band (Jazz Ensemble, Jazz Band I, Jazz Band II), Orchestra, chamber ensemble classes, piano classes, music theory classes, and multiple sections of choir. Under Mr. Clark’s direction, the program’s spirit, enthusiasm and musicianship continued to be a model in the district and throughout the Bay Area.

A unique asset to the program during Mr. Clark’s tenure was the implementation of the Chamber Ensemble class—a class that offered students the opportunity to perform in smaller groups including woodwind ensembles, brass ensembles and other chamber groups. It was this type of innovative program that continued to put El Cerrito on the forefront of music education in the district. Several ECHS students and chamber ensembles attended the CMEA Bay Section Solo and Ensemble Festivals, and often were the recipients of a “Command Performance Award.”

Although Mr. Clark’s tenure saw the program’s largest enrollments and increase in number of music classes, he was also the first director to be hit by severe school budget cuts. The passing of Proposition 13 in 1978 took a terrible toll on the budgets of California schools. Following the passage of Proposition 13, the freshman concert band and third jazz band were lost. At the beginning of the 1980–81 school year, the music faculty was cut back from three full-time music teachers to one full-time and one part-time teacher. Recalls Mr. Clark, “The most significant challenge was in the early 80s when education funding was cut significantly. The ECHS students went from a seven period day to a five period day. It was through the creativity and perseverance of the students, teachers, parents and supportive administration that we kept the program going.”

Despite the financial challenges facing El Cerrito High School and the music program, the teachers and students persevered. In 1981, the Jazz Ensemble was once again selected as a finalist for the Monterey Jazz Festival High School Competition, where they received fourth place. That same year, the Symphonic Band attended its first CMEA Band Festival in over a decade and walked away with its first Unanimous Superior Award since the Marvin Nelson era. The Symphonic Band and was also a recipient of a Unanimous Superior Award the following year during at the CMEA Band Festival.

At the start of the 1983–84 school year Mr. Clark became a part-time music teacher and part-time Music Supervisor for the Richmond Unified School District. In the fall of 1984 he left ECHS to become the District Music Supervisor on a full-time basis, replacing his longtime colleague and former ECHS Band Director, Richard Emmons. After Terry Clark’s departure, the program was divided among three part-time employees: Charles Evans, Rob Loeffler, and Chuck Lord (the long-time band director at Portola Junior High School). Mr. Clark returned briefly to ECHS in order to finish the 1984–85 school year after a sudden departure by Charles Evans. 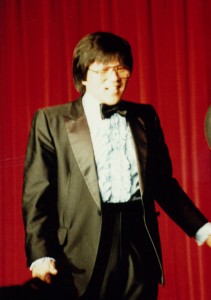 In the fall of 1985, professional jazz drummer Paul Yonemura was hired as the new director of the program. Mr. Yonemura’s fresh approach and motivating personality ushered a revamped interest in the program. In addition to the Symphonic Band and Concert Band, the program also continued to offer two jazz bands, the Gaucho Marching Band, and a small Orchestra.

By the 1980s, the El Cerrito High School Orchestra had seen a decline in numbers due primarily to a lack of string programs at the elementary and middle school levels. Although the program’s band classes saw a spike in numbers during the 1970s, it also saw a decline in the numbers for Orchestra. Between 1988 and 1990, responsibility for teaching the String Orchestra was passed on to string specialist (and current String Director at Hercules Middle-High School) Sharon Calonico.

In 1987 El Cerrito High School was designated as an Arts and Humanities Magnet School. This opened the door for much needed funding and opportunities to help strengthen the program. While the Symphonic Band, Concert Band, and Marching Band flourished under Mr. Yonemura’s direction, receiving Unanimous Superior Awards at the CMEA Band Festival in 1987 and 1990, Mr. Yonemura’s jazz background helped usher in some of the greatest events and accomplishments in the jazz program’s history. Under his direction, the Jazz Ensemble held many award-winning performances at jazz festivals throughout California. The awards the ensemble received during his tenure included a Unanimous Superior Award at the 1987 CMEA Jazz Festival (under direction of Chuck Lord), third place at the Redwood Empire Jazz Festival in the AAA Division in 1987, third place in the 1988 Campana Jazz Festival, and first place at the 1989 Campana Jazz Festival, where Yonemura was also presented with the Outstanding Director Award. The Jazz Ensemble also received first place in the AAA Division at the Redwood Empire Jazz Festival in both the spring and fall of 1990, with the Jazz Combo winning the combo division that same year. 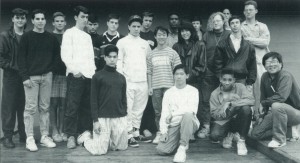 Mr. Yonemura’s tenure at El Cerrito High School was cut short in 1991 when the Richmond Unified School District declared bankruptcy and was forced to lay off many teachers, including Mr. Yonemura. After leaving ECHS, he pursued a Master’s degree in instrumental conducting at Northwestern University in Chicago. However, he returned to the Bay Area in September of 1991 in order to lead the Jazz Ensemble in their first and only performance at the Monterey Jazz Festival on the Jimmy Lyons main stage.

Mr. Yonemura would make one more return to El Cerrito High School in 1997 to direct the Symphonic Band during a transitional year for the program.