By 2009, the program had seen many changes and a multitude of transitions. Following Mr. Ting’s short stay, the 2009 fall semester saw some of the program’s lowest enrollments and music class offerings in its history when the Symphonic Band and jazz bands were cut from the program. The only music class that remained at El Cerrito High School was the 22-member Concert Band, directed by long-time Portola Middle School band director, Tiffany Carrico. 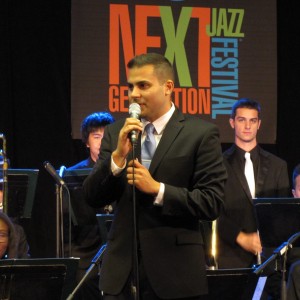 In the fall of 2009 Keith Johnson began his tenure at El Cerrito High School. During the 2009-10 school year he was responsible for teaching the Jazz Ensemble and Symphonic Band outside of the school day as these ensembles had been cut from the school’s course offerings. The Concert Band, led by Tiffany Carrico, was the only for-credit band class still offered at the school.

At the start of the 2010-11 school year the Symphonic Band, Concert Band, Jazz Ensemble, and Jazz Band were once again offered for academic credit. That year the Symphonic Band earned a Unanimous Superior Award at the CMEA Band and Orchestra Festival—the first received by ECHS in over a decade. The 2010–11 school year culminated with an amazing jazz concert featuring the Jazz Ensemble, the Jazz Band, and members of the R&B/funk band, Tower of Power. This event helped cap off a year of many positive changes for the program. 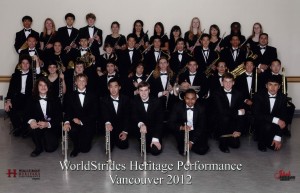 During the 2011–12 school year student enrollment in music classes grew substantially. That year the names of the music ensembles were changed. The top band was renamed Wind Ensemble and the Symphonic Band became the second-level band in the program. The name of the second level jazz band was also changed from Jazz Band to Jazz Workshop. Changing the top band’s name to Wind Ensemble was a nod and tribute to the first group of its kind under the direction of Mr. Overholtzer. In the spring of 2012, the Wind Ensemble and Jazz Ensemble attended their first international music festival in Vancouver, BC. Here the Jazz Ensemble received the Best Instrumental Group Award, the Gold Award, and the Adjudicators Award—an award given to ensembles that receive an average score of 94 or higher from the three adjudicators. The Wind Ensemble and Jazz Ensemble were awarded the Sweepstakes Award at the festival. Other awards that year included Unanimous Superior Awards by the Wind Ensemble, Jazz Ensemble, and Jazz Workshop.

At the start of the 2012-13 school year, enrollments were at their highest levels in twenty years. Two new jazz groups—the Jazz Lab and Jazz Combo—were created, as well as chamber ensembles that met outside of the school day. The Wind Ensemble received its third consecutive Unanimous Superior Award at the CMEA Band and Orchestra Festival. Meanwhile, the jazz program began again to gain recognition at local  jazz festivals. At the CMEA Jazz Festival, both the Jazz Ensemble and Jazz Workshop earned a Unanimous Superior Award. The Jazz Ensemble earned a third place finish in the Delta Jazz Festival’s Advanced Division, and the Jazz Workshop earned a second place finish in the AAAA and A divisions at the Folsom Jazz Festival.

The 2013-14 year saw a continued growth in enrollments and musicianship. The Wind Ensemble had one of its most successful years to date. In addition to earning a forth consecutive Unanimous Superior Award at the CMEA regional festival (held in the ECHS Performing Arts Theater), the 2013-14 Wind Ensemble was selected as one of only eight high school groups statewide to perform at the California All-State Band and Orchestra Festival, held that year at Delta College in Stockton. The band was one of the few high school ensembles in attendance to receive a Unanimous Superior Award.

The culminating event of the 2013-14 school year was the Band Reunion Weekend on March 21-23, 2014. It was a weekend that brought together multiple generations of Gaucho musicians to celebrate the program’s rich history. The weekend included performances by all of the ECHS bands and featured the return of all of our (living) former band directors. In attendance for the weekend’s activities included former directors Richard Emmons, Terry Clark, Paul Yonemura, Dan Buegelisen, Rand Clark, Jesse Leyva, Roland Brown and Tiffany Carrico. These former directors were honored for their service and comment to the ECHS Music Program. In addition to conducting the ECHS bands, they also were featured as the leaders of the Alumni Symphonic Band and Alumni Jazz Ensemble. The weekend help bring in over $10,000 to help purchase new instruments for the program.

The 2013-14 was also a very successful year for the Jazz Ensemble. That year the group earned a CMEA Unanimous Superior award and first place in the Delta Jazz Festival’s Advanced Division, Folsom Jazz Festival’s AA Division, and Reno Jazz Festival A Division, where it was featured as one of the top three high school bands at the festival. It’s important to mention that the Jazz Quintet (combo) received first place awards in the combo divisions at these festivals. The band was also invited to perform at the California All-State Music Education Convention (CASMEC), hosted by the CBDA (California Band Directors Association) in Fresno on February 21, 2014. It was the only jazz group selected from applicants across the state. To cap off a successful year the Jazz Ensemble embarked on its first European performance tour, traveling across four different European countries and performed at some of the world’s most prestigious jazz festivals including the North Sea, Montreux, and Umbria Jazz Festivals.